The Insidious Power of Negative Sentences

The Insidious Power of Negative Sentences

Negative sentences have a very powerful effect on human consciousness. Structuring sentences in our minds is a habit that is built from years of practice and reinforcement from family and peers. In fact, the habit of negative sentences and thoughts pushes away people who are positive. Negative sentences literally create bad feelings in others by the power of suggestion.

For people who want to become part of a community, habitual negative thinking can be a very difficult and insidious enemy. They are likely to be surrounded by others who view positivity as suspicious, insincere, or a “sales job.” To change habitual thoughts is to start a process that can have wide reaching effects on relationships with others – and any big change can feel very scary – even if the goal is better relationships and more positivity.

Here is a song about negations by Tom Lehrer made famous on The Electric Company, a children’s show from the 70’s: 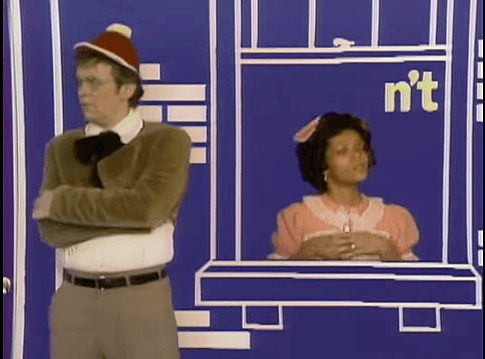 It’s only two minutes long – so click and watch!

Notice that the punchline of the song is a perfect lesson in reframing a negating mindset.

First, we have to start listening to ourselves talk – when we speak to ourselves (inside voices) and when speaking to others (outside voice).

Really police your own language. Keep track of the number of times contractions that contain n’t show up. Remember n’t is short for “not,” a way of saying “no.” Also notice and eliminate the word “but” from your thoughts and speech as well. Replace with the conjunction “and” and you’ll soon discover that “but” only has a few uses in everyday speech. Beware of using “but” to form a Negation In Disguise.

Be honest and practice rephrasing your thoughts and sentences in positive ways because negative sentences allow a convenient structure for avoiding responsibility and a commitment to action.

Here is an exercise I have created for adding positive language to the choices of language available to you. After you have learned how to communicate in a positive and inclusive way, you can choose to act or speak in negative sentences if you really want. The point of the exercise is to raise your awareness that all your word choices are 100% your responsibility.

These example sentences show up fairly often in my conversations with clients that feel “stuck.” Notice how these negative sentences create a powerful “downer” momentum and make the speaker not responsible for the assertion.  How can these be rephrased to eliminate “n’t,” “not,” “no,” and “but?”

Here is an example:

Be aware of this semantic game, a “But” Negation:    I would like to go, but I’m not sure if I will like it.

Now you try it. Rephrase the Negative Sentences into positive ones.

Is chronic negativity affecting how you feel about yourself and others? Are you having relationship struggles where negativity is a contributor? Contact me today for a complementary coaching conversation. Within a few minutes we’ll know if coaching is a way to move out of frustrating repetitive patterns and start building a life that is more like the one you want.